Erectile Dysfunction (ED) affects more than 20% of men worldwide and is more common in aging men, mainly due to a reduction in sex hormones, especially testosterone. Internal and internal sex organs not only have a reproductive function but play a huge role in sexual maturity and pleasure.

So do the testicles in men! But is it possible to achieve an erection without testes? The answer is, “YES.”

Let’s find out how!

Testes are male reproductive glands, oval in shape, present inside the scrotum as a pair. Their primary function is to produce sperm and androgens, mainly testosterone (1).

Sperm are essential for reproductive function, and testosterone plays a role in the physiological development of sexual characteristics. It is also critical for healthy sperm development, libido, and penile erections (2).

Therefore, a man’s sexual function highly depends on the testes.

Erections are dependent upon male androgens, mainly testosterone. Deficiency of androgenic hormones contributes to ED by reducing the frequency, duration, and rigidity of erections. Hypoandrogenism might be due to many reasons, castration (removal of testes) being one of them.

However, not all testosterone that is required for erection comes from testes. A significant ratio of hormone is synthesized by the adrenal glands also. Therefore, the sexual function in males is controlled by both testes and adrenal glands.

Although testosterone’s exact role in achieving an erection is still under investigation, it is believed to have a critical role in the maintenance of morphology and physiology of penile erectile tissues, Corpora Cavernosa.

Penile erection is a complex physiological mechanism that requires effective interplay between the central and peripheral nervous system, vascular endothelium, hormonal factors, and cellular components of the penis (3).

It is achieved as follows:

Causes of Removal of Testes

The absence of testes in a man can be due to many reasons. In some cases, like trauma and cancer, “Orchidectomy” is done to remove one or both testes. Leading causes of testicular removal include (4):

Effects of Orchidectomy on Lifestyle

Single testicular removal does not have a long-term impact on:

When one testicle is removed, the other testicle starts producing more testosterone to compensate for the testicle removed.

Only 5% of men require the removal of both testes affecting libido and fertility. Testosterone Replacement Therapy is necessary to maintain sex drive and erections.

Getting Erections without Testes

Men who have their testes removed can get erections, orgasms, and ejaculate. Numerous treatment options are available to help men get erections without testes (5). Some of them are as follows:

Sildenafil and Tadalafil come under the brand names “Viagra” and “Cialis,” respectively. Both drugs inhibit the enzyme phosphodiesterase-5 (PDE-5) in the Corpora Cavernosa of Penis. PDE-5 inhibition causes smooth muscle relaxation, vasodilation of penile vessels and increases blood flow to the penis (6).

Consequently, an erection occurs. Sildenafil acts for a short period (2-4 hours), while Cialis has a longer duration (up to 36 hours). It is a revolutionary and non-invasive treatment of ED in men without testes.

People have been using Vacuum Erection Devices since the 1980s to treat ED.

The device is a hollow plastic tube with a tension ring and a vacuum pump. It promotes blood flow to the penis by increasing a vacuum around it (7). Increased blood flow helps the penis get erect even without testes.

Vacuum erection devices can be used in conjunction with PDE-5 inhibitors.

A small pellet coated with Prostaglandin E1 (PGE1) is delivered into the urethra. PGE1 causes penile blood vessels to dilate, increases blood flow to the penis, and erects it.

Other treatment options to help men get erections without testes include (8):

However, ED after castration can be treated in many ways, as discussed above. All methods cause vasodilation and increase blood flow to the penis, producing engorgement and erection.

Therefore, if anyone asks, “Can you get an erection without testes?”, you know the answer! 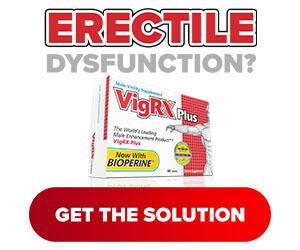